← more from
Sounds and Colours
Get fresh music recommendations delivered to your inbox every Friday. 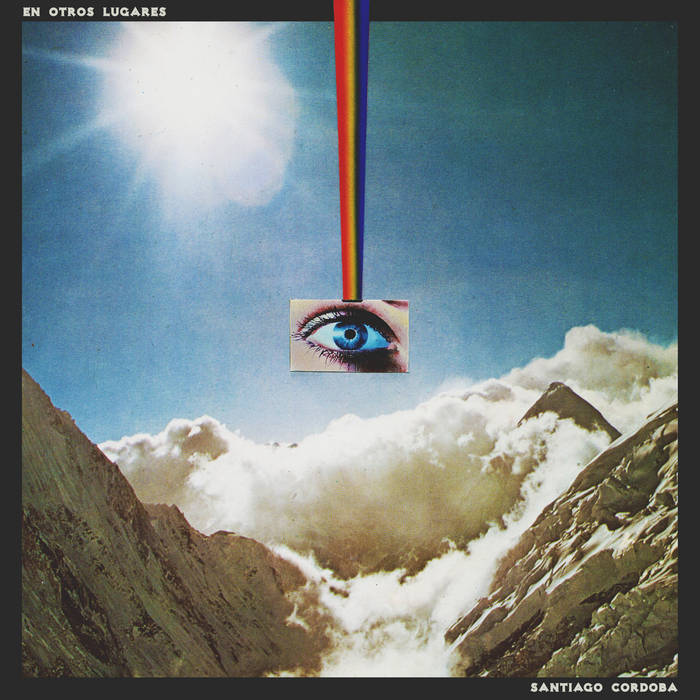 After leaving Argentina in 2016, Santiago Córdoba has led a peripatetic life, living in Madrid, northern Italy and Beirut. It was in these places that he recorded his second solo album, En Otros Lugares (translating as “In Other Places” or “Elsewhere”), continuing his explorations into propellant psychedelic rock rhythms, Argentine folk music and electronic textures. Previously best known for his percussion work in revolutionary tango group Violentango, Santiago’s solo work sees him expand his arsenal, playing Spanish guitar and synths, as well as singing, for a result that has little to do with tango. En Otros Lugares is an ambitious album fuelled by life on the road and musical curiosity.

There are moments of peaceful folktronica, as on the vibrant Spanish guitar finger-picks and hand drums of “La Danza del Pañuelo” or the dreamy hypnotic buzz of “Corso”, but they are soon disturbed. Santiago is clearly a restless spirit, and on this second album he rarely eases off, any moment of minimal bliss soon enveloped by insistent drums, repetitive guitar patterns or electronic swells. These tendencies push the music, which has its heart clearly ensconced in the Argentine folk music of 1960s and 1970s, to a sound closer to Broken Social Scene’s dense indie rock, the propellant motifs of Public Service Broadcasting or Föllakzoid’s wide-lens desert blues.

On lead single “Chacarero” the vast, ominous presence of the Andes pulls into view. The sound is panoramic, anxious, rhythms are tight yet feel unrooted, capable of spinning off into their own orbit. This is hallucinatory psych rock as visceral as anything Moon Duo or Thee Oh Sees are putting out. On “A Dos Leguas” and “Canción Para Tí” these intense psychedelic grooves emerge out of bouncing neo-folktronica loops as emotions bubble to the surface, layer upon layer of percussion, guitar and effects adding to a cathartic squall. This attention to detail and weaving of sound is a hallmark of Santiago’s sonic identity, expressed beautifully on the slowly-revealing “En Las Capitales”, which sees drums and synths gradually build to a monolithic conclusion. “Red” follows similar lines, skittish drum hits leading a chorus of effects and synth sounds through a gamut of emotions, akin to a Radiohead b-side or a free jazz take on Roni Size.

En Otros Lugares is a thrilling listen, a document of Santiago Córdoba’s musical vision as he pushes into new territory completely unconcerned by genres or musical trends. This is restless, urgent music where emotions are never far from revealing themselves. This is music with soul.

Art by Ventral Is Golden

Bandcamp Daily  your guide to the world of Bandcamp

Damu The Fudgemunk shares his recent collab with Def Pressé, plus jams from Common and more